Minimizing the Damage of the Tax Torpedo

William Reichenstein, Ph.D., CFA, is head of research at the software firms Social Security Solutions Inc. (ssanalyzer.com) and Retiree Inc. (incomesolver.com). He is professor emeritus at Baylor University, and is a frequent contributor to the Journal of Financial Planning and other leading professional journals. His latest book is Income Strategies: How to Create a Tax-Efficient Withdrawal Strategy to Generate Retirement Income.

By coordinating a Social Security (SS) claiming strategy with a tax-efficient withdrawal strategy, financial planners can add substantial value to many clients’ accounts by helping them reduce their lifetime income taxes. The case below illustrates how a planner can add substantial value to a mass-affluent client with $1 million of savings by helping them minimize the adverse effects of the “tax torpedo.” The tax torpedo refers to the income range wherein each dollar of additional income causes another $0.50 or $0.85 of SS benefits to be taxable. Thus, taxable income increases by $1.50 or $1.85. So, the marginal tax rate (MTR) is 150 percent or 185 percent of the tax bracket, where MTR denotes the additional taxes paid on the next dollar of income. This column explains how financial planners can help many clients avoid, or at least minimize, the adverse effects of this tax torpedo.

Consider Jim Smith, who is single and lives in an income tax-free state. Although this case assumes the taxpayer is a single individual, the same lessons apply to married couples. Jim retired in December 2020, the month he turned 66. He has a life expectancy of 89 years, and his Primary Insurance Amount is $2,400. He spends $6,600 per month in real terms beginning in January 2021, which is when this case begins. At that time, he had $1 million in financial assets including $700,000 in a tax-deferred account (TDA), like a 401(k), and $300,000 in a taxable account with a cost basis of $270,000. I assume the current tax rules of the Tax Cuts and Jobs Act apply, which calls for higher tax rates to return in 2026. Historically low returns will occur, which reflects today’s interest rate environment. Inflation will be 1 percent per year. His portfolio will maintain a 40 percent stock and 60 percent fixed-income exposure throughout retirement. He began Medicare Part B in January 2021.

Three factors can explain the additional $199,459 of after-tax total value from the Roth Strategy. The first factor is the tax-efficient Roth conversions made in 2021–2023 and the tax-efficient use of these funds in later retirement years. In 2021–2023, after withdrawing funds from his taxable account to meet his spending needs, Jim converts funds to a Roth IRA to fill the 0, 10, 12, and 22 percent tax brackets. Since he has not yet begun SS benefits, the MTR on these conversion amounts is generally the same as his tax brackets. In 2026–2043, after withdrawing TDA funds to fill the 15 percent tax bracket, he withdraws tax-free funds from his Roth IRA to meet additional spending needs. If he had to withdraw additional TDA funds in these years, they would have been taxed at MTRs of 46.25 percent, (25 percent bracket x 1.85). In 2035, which is a representable year, Jim is projected to pay $6,310 in taxes with the Roth Strategy compared to paying $17,598 in taxes with the CW Strategy. In contrast, in the CW Strategy, from 2026–2040 Jim pays an MTR of 46.25 percent on a lot of his TDA withdrawals. In short, the tax savings in the Roth Strategy come from generally paying MTRs of 0 percent through 22 percent on 2021–2023 Roth conversions and using these Roth balances in 2026–2043 to avoid additional TDA withdrawals that, due to the taxation of SS benefits, would have been taxed at MTRs of 46.25 percent.

Despite having to pay higher Medicare premiums in a few early retirement years in the Roth Strategy, it is easy to understand the tax advantages of converting pretax funds in a TDA to after-tax funds in a Roth IRA in the early years before SS benefits begin. In general, the MTRs on these Roth conversions are 0 percent to 22 percent. Yes, these early-year Roth conversions caused spikes in MTRs due to exceeding one or more Medicare income threshold levels. However, despite having to pay these spikes in Medicare premiums, it is better to make Roth conversions that are generally taxed at these relatively low MTRs than to retain these funds in TDAs, where the TDA balances will generally be taxed at MTRs of 46.25 percent during most of his retirement years.

Due to the taxation of SS benefits, millions of Americans pay MTRs of 185 percent of their tax brackets on substantial TDA withdrawals in retirement. The key lesson in this case is to focus on your clients’ marginal tax rate. Too many advisers solely focus on tax brackets and do not consider their clients’ MTRs. In the case study, in the Roth Strategy, Jim makes Roth conversions in his early retirement years before his SS benefits begin, when his MTRs on the converted funds are generally the same as his tax brackets. These Roth balances provide the ammunition that allows him to avoid making additional TDA withdrawals in later retirement years that would be taxed at MTRs of 185 percent of the tax bracket, due to the taxation of SS benefits. In this case, these Roth balances allowed Jim to avoid making TDA withdrawals during most of his retirement years that would have been taxed at MTRs of 46.25 percent. In contrast, based on current tax legislation, many moderately wealthy clients like Jim, who follow the Conventional Wisdom Withdrawal Strategy, will have to pay federal MTRs of 46.25 percent on a wide range of their TDA withdrawals during most of their retirement years. This case illustrates that coordinating a SS claiming strategy with a tax-efficient withdrawal strategy can add substantial value to many clients’ accounts by helping them minimize both their lifetime income taxes and the taxable portion of their SS benefits. 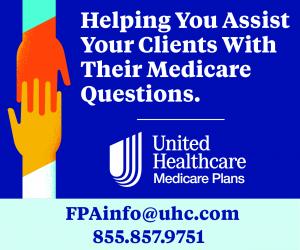