Andrew Komarow has acquired an impressive array of designations throughout his career. The founder of Planning Across the Spectrum, a financial planning and consulting firm dedicated to serving clients with special needs, realized early in his career that opportunities to learn were an important part of job satisfaction.

“My uncle was talking about how they would hire anyone who would fog a mirror at an insurance company he was working at. I was looking for something a little different, so I’m like, ‘Oh, will they hire me?’”

That entrée into the industry gave Komarow insight into what he was looking for in a career.

“I interviewed at one of those insurance companies that will pretty much accept anyone, but that also means that you’re kind of left on your own in good and bad ways. I really liked solving problems. I really liked trying to figure out what the best solution was.”

Komarow enjoyed the opportunities to continue learning in financial planning and appreciated the improvement in work-life balance he saw when he switched from a career in IT.

“I really liked it because there was so much to learn; it was never boring. I had my own business fixing computers, and when I first started [in financial services], I saw a big improvement because nobody called me on Friday night at 10:00 asking for life insurance.”

Komarow was inspired to pursue professional designations by a colleague. He learned that his employer supported education by reimbursing employees who earned their designations, and providing a stipend to attend a Knowledge Summit in Las Vegas.

“I saw somebody studying for tests, and he already had a few designations. I was kind of impressed by this. At the time, I did not even have a degree; I only had a GED and some college at 21.”

Now, with a master’s in financial planning and 15 designations—and counting—Komarow has learned what to look for in a new certification. He encourages fellow planners to consider the ongoing renewal requirements for any designation they seek.

“It’s not even just the cost, but is it worth it for the CE? I don’t want to do it and then drop it, so is this something that I’m OK committing to, not just for the designation now, but for the rest of my career?”

Planners may pursue a designation for knowledge or credibility and will have to decide for themselves which is more important.

“It really matters more about the market you’re serving. At the same time, it’s also the knowledge gain. There is a good amount of knowledge gain from the CFP® designation, but at the same time, it’s very much about credibility in the industry. One of my favorite destinations was the [Chartered Advisor in Philanthropy] (CAP). It was one of the harder ones I did; I learned a lot, but saying that I have the graduate certification in philanthropy—that is what helps. With the ChSNC, the Chartered Special Needs Consultant, it wasn’t as much the knowledge as the credibility. I would say definitely go for a post-secondary one for the knowledge for yourself versus just getting one to impress somebody because nobody really knows beyond the CFP® mark, so it’s about the knowledge to yourself after that.”

Komarow realizes that the extensive collection of letters after his name is unusual and, for a lot of people, unnecessary. To narrow down the field of appropriate designations, he urges planners to think critically about the kind of work they want to do or the type of client they want to serve.

“You definitely don’t need as many as I do. Nobody does. I got addicted to learning and I kept on going. Now, I very much want to learn the topic and the segment I serve. The fact that I’m saying this should weigh more heavily—less is more. Beyond the CFP® designation, people don’t know what they mean. For example, there are a lot of fly-by-night companies that offer designations that can sound good in order just to get one … but it should be challenging, and you should learn. If it’s something that you can do very quickly, then it’s probably not worth it.”

He also suggested that planners look for designations that are offered by organizations aligned with their own goals.

“Look at the specialty you want to look into, and if there’s [a certification] that’s harder, then probably go for that one. I saw a post from somebody who was looking at the CAIA; that’s a Chartered Alternative Investment Analyst, like the CFA for alternatives. That’s a very difficult designation.”

He added that designations that provide education about the “nonfinancial parts of financial planning” can help round out a planner’s skills.

“That’s why I’m doing the AFC now: Accredited Financial Counselor. It’s not an expensive designation, and there are renewal requirements, but it’s financial literacy and stuff that a lot of financial planners miss out on. It’s very exciting for me to learn, and I’m doing it to really learn, not just to get the designation.” 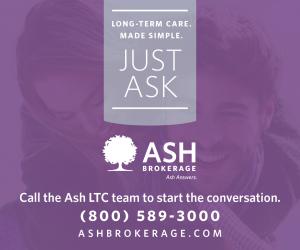