Daniel Yerger, CFP®, ChFC®, AIF®, CDFA®, is the founder and president of MY Wealth Planners in Longmont, Colo. Yerger, an Army veteran, serves on the editorial advisory board for the FPA Next Generation Planner.

At the time, they called planners and practitioners to base their practices on research-based approaches to financial planning. However, to this day, most financial planners gain the knowledge above and beyond that conveyed by their CFP® education through white papers, conference presentations, and knowledge passed to them by more senior planners. In the interest of heeding that call to higher learning, this article begins a series of columns written by myself and others to provide more evidence-based information for financial planners in a bite-sized format that saves the reader from the long-form academic journals’ demand for such thorough research.

Self-help is a perpetually popular domain of consumer interest. While thousands of books, blogs, and self-help programs are published annually, many carry common practice and behavior elements. This study led by Sarah Asebedo, Ph.D., CFP®, examined the impact of one popular mechanism of increasing happiness and satisfaction: the habitual listing of positive things.

Often phrased in self-help mediums as “write down three things you are grateful for” or “write down three things that went well today,” this study attempted to determine whether a similar exercise for consumers could have a positive effect on their emotional well-being, and if it could, whether the exercise was more or less effective when specifically oriented toward financial topics.

The findings were somewhat surprising. While there was a marked increase in financial happiness and satisfaction by participants in the non-control groups, the effects were most pronounced in the group asked to write three good things rather than specifically three good financial things or just three financial things. So what do we learn from this? The process of financial education and coaching clients often drives towards generating greater financial self-efficacy (the internal belief by a client that they can make—and do make—good financial decisions). In the process, planners may fall into the temptation to make highly tailored and customized content using specific financial language and terms. However, when client satisfaction and happiness are measurably most increased by general exercises, it serves as a powerful reminder that finance is often a complex language and involving it in a semi-related exercise, such as increasing satisfaction, can hinder more than help our attempt to build client confidence.

Succinctly, every financial planner has experienced that “the numbers” are not a compelling enough story and that clients are often better motivated to act by thinking beyond the financial facts and tactics and focusing more on the life outcomes and goals they’re attempting to accomplish. This research supports a call to action that planners should focus more holistically on discussions and activities with their clients to enable positive financial action.

Each profession has several issues to deal with when it comes to fair compensation. This naturally extends to whether individual gender or sexual identity could play a role in the compensation of financial planners.

Quite famously, the Bureau of Labor Statistics shows that financial advisers (and other financial professionals) have one of the largest gender pay gaps out of all professions when looking at raw compensation data. However, this study found a surprising—if difficult—driver for differences in compensation: the participants’ career and work-life balance choices.

A Blinder-Oaxaca decomposition allowed the researchers to evaluate a large range of differences between participants in the study, functionally allowing them to filter variables such as hours worked, specific job roles, years of experience, and eight others in the data to arrive at the “raw” compensation differential. In the case of this study, the difference is an almost rock bottom 1.8 percent differential in the pay of men and women in the profession, effectively statistical noise. In fact, given certain variable sets, they found a bias in favor of women in certain cases.

However, since the publication of the study in 2019, the authors have come under fire from several groups—not because other researchers have done their own study that contradicts the research team’s findings, but because of anecdotal disbelief. It’s important to note that the authors of the study were quite careful to highlight a key truth: more than one thing can be true at once.

While their study found no significant difference in men and women’s compensation when all the major variables were taken into account, they are clear to point out that individual cases of discrimination and unfair compensation can still certainly exist. They further point out that their study was heavily populated by fee-based and fee-only financial planners, rather than a broader subset of commission-only or general financial advice professionals. Consequently, while their study is statistically significant based on analyzing financial planners as a group, it cannot fully deflect claims by those who have experienced discrimination, and it is not evidence that discrimination does not occur (and the study does not claim that discrimination is not still an issue).

Ultimately, the study’s takeaway is that planners should expect that compensation is more or less fair when comparing men and women in the same job roles and with similar qualifications and responsibilities. However, it is important that individuals remain vigilant for those instances where discrimination is present. 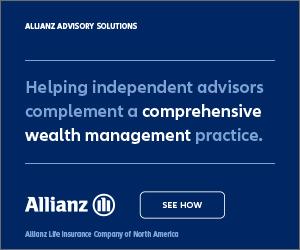 The Minuses of PLUS Loans

By
by Ross A. Riskin, DBA, CPA/PFS, CCFC

How to Use Stories to Motivate Current and Prospective Clients

Fri, Feb 3, 2023
Virtual through Zoom
Advance your career with an FPA Membership. Become a member today