Remotivating Employees to Get Back into Growth Mode

Tammy Breitenbach is a Carson Coaching executive business coach. She previously served as the principal consultant of Catalyst Partners, which she founded in 2008 after seven years of director-level experience in financial services. She specializes in providing business counsel and leadership advice to owners of independent RIAs to help them grow more profitable businesses. Carson Coaching is the official coaching partner of the Financial Planning Association.

Your team has been working like a well-oiled machine until, suddenly, a formerly stellar performer seems to be stalled on a plateau and isn’t making any progress.

This is a frustrating situation. But you’re not imagining it. It’s a phenomenon rooted in the well-documented field of positive psychology.

As such, there’s hope that there’s a way to get out of this rut. Whether it’s a malaise in their brain or comfort with their current situation and not wanting to change, plateaus are often caused by having met your goals and having none to look forward to.

Whatever the reason for the lack of progress, this article will offer some solutions to help your stakeholders get off that plateau and back into growth mode.

Let’s dive into more of the “how” and not the “why” by going into the psychology behind how an owner might handle this real-life example.

Situation: A senior adviser brought a large book of business to a firm that acquired his old one. This adviser isn’t “old”—he still has spark, and his hair has a much higher ratio of pepper to salt—but this adviser has definitely “made it.”

The book generates more than $1 million a year in business, he shares well for overhead, and is a positive member of the team. But he hasn’t added a new client in years, he takes off every Friday for “client networking,” and frequently ignores client service team process requests for his clients.

By the standards of the junior people in the office, he’s veering toward becoming the adviser equivalent of Peter Gibbons, a character from the movie Office Space who doesn’t do much, goes fishing in the middle of the day, and generally seems indifferent. “What happened to him?” his long-time colleagues might ask. “This guy used to have so much energy and motivation.”

Maybe you are managing someone in your office who has lost some “oomph” and you’re saying to yourself, “I really need him to be a leader for the younger people in our firm by showing how to win new business. He’s not setting a good tone for the culture. What can I do to motivate him?”

Or maybe you are feeling like the Peter Gibbons in your office, and you want that “oomph” back in your attitude.

You can’t really motivate another person—they must motivate themselves. What you can do is be a coach to help someone jump-start the creative thinking that incites them to reach new heights.

As achievers in life, we all naturally reach a state of meeting our goals at some point. And if we haven’t identified new goals or dreams, we can become too comfortable on the new plateau we have achieved.

When someone else is stuck, you don’t know exactly what’s happening with that person. It’s best to ask them what’s going on before assuming.

They could really think they’re doing great, be stuck in the past, or be fine with the status quo because they’re safe and things are working well enough. But if they want to improve, the key is to get them out of their comfort zone.

How to Motivate Change

A plateaued person might not see their performance accurately, and you might need to help them see a more realistic picture. Whether they change or not is up to them.

Let’s go back to the earlier example. This person is living in the past. It’s not his fault—it’s our wiring as human beings. Our minds tend to stay where it’s safe. And it’s up to us to help them bring a new vision for the future into their picture.

You must coach the plateaued person to break out of their usual norms, so the status quo feels abnormal, and they have a different, higher bar or milestone to which to aspire.

There are two steps to do this:

Step 1. Identify the plateaued employee’s comfort zone. What motivated them in the past? In the example above, it had been the feeling of being at the top of his game, getting the recognition of making things happen, status in the office as a top performer, and inclusion in the tight circle of decision-makers at his former firm. Fast forward, and the book is still intact, he still feels like that top performer inside and is motivated to stay feeling that way, but the world around him is different now and he may not see that.

Symptoms: The plateaued employee may seem frustrated, bewildered, bored, or checked out. They might be happy with things the way they are, but as a manager, you know they’re capable of more.

You might sense that they want to get excited and strive again, but it’s not happening. Symptoms of this can be resentment, detachment/isolating oneself from others, emotional tantrums, increasingly overt sensitivity to criticism, and apathy.

Step 2. Disrupt the employee’s comfort with the status quo. Create discomfort by shaking the person out of their current perception of their performance. As the manager, recreate that feeling of inclusion, winning, and stature for this person by illustrating current expectations and how they differ from their current behavior.

Here are some things to say and not say:

Do say: “You’re so vital to bringing in new business for us—is everything all right? I’d thought you were powering on, but I think I must’ve ignored you because I don’t see any new business activity. I’m worried.”

Or: “You’re one of the advisers others really look up to. I need your help to show others how it’s done right.”

Do not say: “You’re just not living up to what I know you can do.”

The key is to emphasize and praise what you want, not repeat what you don’t want or chastise them. Our brains record what they’re told. If you tell this person they’re not doing as well as they were before, their subconscious hears only that and it’s demotivating, rather than inspirational.

You want to inspire them to re-envision the future. You can do this by saying, “You’re important to ‘xyz,’ you’re strong at ‘xyz,’ it’s great that you’re here for us to do ‘xyz’”—they will hear and start believing that instead. Then hopefully, over time, they’ll be motivated to sustain that vision, feel it, and behave in a way that reinforces it.

What if You’re the One Who’s Plateaued?

If you’ve read to this point and realized that the plateaued adviser is you, then you can apply these tips to yourself.

Like I said, motivation comes from within, and you just need to explore the things that motivated you before.

Here are some ways to do that:

Do: Sit down and do some self-reflection. Figure out what used to motivate you. Was it recognition? Watching clients reach milestones? Write those things down. Also, explore some resources to help you develop new and better habits. One example is the book Atomic Habits by James Clear.

Do not: Be complacent and satisfied with subpar performance. Don’t beat yourself up. Don’t give in to negative self-talk.

Your brain believes what you tell it. If you tell yourself you’re not doing well or you’re not as valuable as you were before, your brain will believe it and you won’t get off that plateau anytime soon. The key is to envision a new future and get some renewed inspiration and focus on your mission and purpose.

When None of This Works

Maybe in the process of trying to ignite inspiration, you realize you wouldn’t hire your plateaued employee today. Maybe they aren’t displaying your company values any longer and you are at a crossroads where you need to have a conversation with them about their dreams.

If you’ve tried everything a good coach can, and you don’t sense much engagement, it’s OK to discuss whether it’s time for them to reinvent their life or pursue something else. This doesn’t have to be a negative thing.

This could be a positive conversation. Ask them, “Are you still really happy with this job?” Because nobody wants to be stuck.

We feel best when we’re accomplishing our dreams. Making your firm an environment that encourages this makes it a great place to work where people can perform optimally. Helping people get unstuck—or showing them a path forward—provides a positive experience for everybody in your firm’s ecosystem.

You don’t have to stay frustrated, whether it’s with yourself or someone else on your team. There are ways to spark change, and action and communication—not judgment—are the key.

If you approach this situation determined to get positive results, even if that means moving on to new uncharted waters, the outcome will be positive in the end. 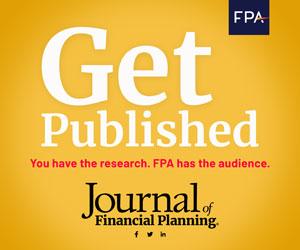