Danielle Andrus is editor of the Journal of Financial Planning. She can be reached HERE.

The financial planning relationship requires openness and trust as clients share information about their values, fears, and personal beliefs about money. Unfortunately, the topic of money itself may be taboo. Some individuals struggle to discuss financial concepts, even in the most intimate relationships. Fidelity’s 2021 “Couples & Money” survey found 20 percent of couples say money is their biggest relationship challenge, and nearly a quarter are frustrated by how their partner handles money but will overlook their behavior to avoid confrontation.

Talking about these difficult subjects can be more challenging when clients and planners are from different cultural backgrounds, an increasingly likely scenario as the United States becomes more diverse. As the U.S. Census put it, the “chance that two people chosen at random will be from different racial or ethnic groups has increased to 61.1 percent in 2020 from 54.9 percent in 2010” (Jensen et al. 2021). As of 2019, there are nearly 46 million foreign-born individuals living in the United States, Census data show.

Cultural competence is a familiar concept among healthcare professionals, where sensitivity to patients’ individual health beliefs helps providers make strategic recommendations (Liu, Gill, and Li 2020). For financial planners, understanding their clients’ cultural backgrounds can help them identify barriers and address them in a way that honors the clients’ emotional and financial needs.

Culturally competent individuals and organizations accept and respect differences, regularly assess their own culture and its interplay with others, pay attention to the dynamics of differences between cultures, explore cultural knowledge, and adapt to meet unique needs of the people they serve (Cross, Bazron, Dennis, and Isaacs 1989).

In this way, competence isn’t something that an individual knows or their facility with a certain subject, but a set of actions; it’s not just understanding and accepting, but exploring and assessing differences and adapting so that planners can serve clients.

Cultural competence should not be confused with expertise, warned Janet E. Helms, Ph.D. Helms is professor emeritus at Boston College’s Carolyn A. and Peter S. Lynch School of Education and Human Development, and the author of A Race Is a Nice Thing to Have: A Guide to Being a White Person or Understanding the White Persons in Your Life.

“The reason I don’t like ‘competence’ is it sounds like you can become an expert,” she explained. “I think about it more as cultural sensitivity; cultural responsiveness is actually the term I use. Responsiveness means that you are actively involved in making use of the [client’s] background information.”

Rather than pretending cultural differences don’t exist, Helms encourages professionals to take action to explore what is important to clients. “That’s not competence because you don’t know in advance what’s important for them. It’s responsiveness because you know what may or may not be important, but unless you ask and explore with the client what’s important, then you never get to a place where they can make a satisfactory decision.”

When planners are working with someone from a different background or a different race, there are two aspects that they have to be paying attention to, according to Helms: investigating and understanding the systemic issues that those clients are facing, as well as the cultural values and traditions that they have been brought up with that might affect the way they approach financial decision making.

She gave an example of how conversations might differ when discussing a client’s race compared to their cultural background.

“Many people of color don’t have access to as many resources as their White counterparts because of racial discrimination. An honest conversation would have to acknowledge that and then try to figure out what one can do to help people change or cope with that situation.”

By comparison, a cultural conversation would focus on what’s important to the client and their upbringing.

Empathy is a critical skill for serving clients from different cultures and backgrounds, according to Helms. Planners have to “be willing to hear the person regardless of how different that person’s perspective might be from” their own and refrain from judging the client, Helms said. “Be willing to hear and acknowledge whatever it is that the client is willing to share with you.”

Clients might have very different lived experiences than planners. “The effective financial planner has to be able to listen and work with the client in overcoming what it is that the client perceives as a barrier,” she noted.

Even if clients and planners come from similar cultures, they may have much different experiences based on race or ethnicity.

“When we’re talking about clients of color, I’ve made the distinction, again, between race and culture. Culture helps people survive, so you want to make sure that they feel any decision is helping them to survive. But then there are the racial issues, which have to do with the barriers. A good financial planner will ask the client if they see any of those barriers, and they have to figure out how those barriers might impact the decisions that they are likely to make.”

Language can present a tricky practical limitation to cultural competence. “The financial planner has to make sure that he or she understands the language that the client is communicating in,” Helms said. “Because if you can’t understand it, then of course you can’t communicate the traditions.”

Empathy can help overcome this challenge, too.

“Cross-cultural dialogue can easily lead to miscues and misunderstandings,” Daniel Goleman, an author and expert on emotional intelligence, wrote in the Harvard Business Review. “Empathy is an antidote. People who have it are attuned to subtleties in body language; they can hear the message beneath the words being spoken. Beyond that, they have a deep understanding of both the existence and the importance of cultural and ethnic differences.”

Planners serving international clients and anyone with a background different from their own should remember to keep an open mind and treat their conversations as the beginning of their education, no matter how much they think they know about the person in front of them.

“The important thing is to never approach a client with a stereotype that you or that society may have about them,” Helms said. “So don’t assume that something is true. Recognize that those stereotypes exist, but then explore and see how or whether those stereotypes pertain to the person that you are working with.”

Kai Liao, Ying, Wann-Yih Wu, Tuan Cong Dao, and Thi-Minh Ngoc Luu. 2021. “The Influence of Emotional Intelligence and Cultural Adaptability on Cross-Cultural Adjustment and Performance with the Mediating Effect of Cross-Cultural Competence: A Study of Expatriates in Taiwan.” Sustainability 13 (6): 3374. https://doi.org/10.3390/su13063374. 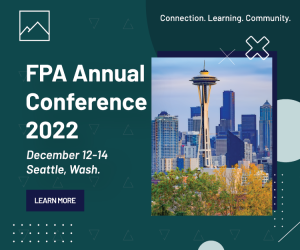 Advance your career with an FPA Membership. Become a member today