Financial Literacy Education Is About Choices

Mark Tibergien is the retired CEO of Pershing Advisor Solutions, a BNY Mellon Company. He currently serves as an independent director of Pathstone, a multi-family office business with locations throughout the U.S. Previously, he served as partner-in-charge of the business consulting group at Moss Adams LLP, and as president of management advisory services. He has been sponsoring his high school’s personal economics program since 2007.

Whenever major societal issues are addressed in professional journals, the authors tend to overwhelm the readers with data to solidify their stance on a debatable topic. There is a reason, of course, because reality and perceptions are often hard to reconcile.

Financial planning practitioners, however, rarely need additional supporting data to prove that we are a country of financial illiterates. Consistently, I hear from financial planners that the debate is not whether we have a problem; it is a matter of providing solutions.

Let us examine the challenges based on common financial experiences:

Some of you grew up in families whose parents made poor financial decisions that resulted in overspending, high levels of debt, overdrawn bank accounts, and no savings or investments. Such circumstances transcend household income levels. In some cases, your mother, father, or both, had low-paying jobs that may have forced them to scrape for every dollar. Others of you may have had highly paid parents who frequently bought cars or lived in a big house, or spent lavishly on clothes, vacations, and private club memberships.

The circumstances of their income may have influenced their financial standing, but the habits each of these individuals developed at an early age reveal their preparedness for being financially secure.

Now, let us think about your colleagues. Are there people in your firm who want to become shareholders but are unable to buy in? Are they so burdened by student loans that they keep looking for higher-paying jobs elsewhere or asking you for a raise? Does the stress of being without resources impact their work performance? Is it possible that had they begun making prudent financial decisions earlier in their lives that their present circumstances might be different? This is an uncomfortable concept to consider. But if we recognize that there are obese doctors, immoral religious leaders, and accountants with tax problems, it is not beyond the pale that those in our closest circles do not practice what they preach.

Next, consider your clients. Many of you are advising people of means, especially if you are charging them as a percentage of their assets. Liquid wealth gives them a leg up on the average American. They may be what the industry classifies as mass affluent or high net worth. In their accumulation phase, they are being advised to build a nest egg that will make retirement possible. As they enter pre-retirement, they are encouraged to defer receiving Social Security payments until they are age 70. In post-retirement, you help them with an expense plan and an asset protection plan that ensures they will not outrun their money.

Among these, do you ever see them making emotional decisions rather than rational ones? Regardless of how they acquired the wealth—a stock options windfall, the sale of a business, an inheritance—they are confronted with choices. What if they borrowed from their 401(k) before they retired, or gave money to their adult kids who keep returning to the well, or bought a vacation home they could not afford? While one goal of accumulating wealth is to enjoy the fruits of our labor, how are the choices these people make putting their financial peace-of-mind in peril?

While the circumstances I described do not necessarily stem from a lack of knowledge about money, we know that financial illiteracy often is at the root of people’s choices. How they buy things, protect things, preserve things, and grow things may be influenced by whether they have been taught the fundamentals of personal finance. Further, how they manage their financial lives becomes a lesson for their children that is deeply embedded.

The Choices We Make

As individuals who chose a profession to help others, you resist judging your friends, family, clients, and colleagues, perhaps like I resist that “one more night cap,” or “extra fries with that.” You know that people are entitled to occasional indulgences—and some may even have an unhealthy relationship with money—but I suspect each day you see or hear examples of financial decisions being made that make you want to scream.

Personally, I have often reflected on what might have been different based on the lessons learned from my parents or my decisions from the moment I was on my own. As an individual who did not have the benefit of basic training in personal finance, I was profligate as a young adult. Monthly credit card obligations exceeded my ability to pay. Rent was nearly 50 percent of my gross paycheck. Great experiences seeing places fed my need to travel more. Yet my income was not increasing to fund the lifestyle I aspired to have.

My epiphany occurred when I realized the difference between need and want, prudence and rashness, and a failure to comprehend compounding, whether it related to interest paid or interest received. My excuse was that my parents set bad examples with their own bad spending choices, and that I chose classes that consciously avoided anything to do with numbers. Somehow, blaming my upbringing and job choices did nothing to mitigate the problem that I had no savings and no ability to invest.

Once I realized that the choices I made were more important than the money I made, I committed to decisions that put me on the road to financial independence. My own strength in numbers gave me confidence in my decisions. Eventually, my concern shifted from self-interest to the interests of others who are facing the same challenges.

The Role of Financial Literacy in the Profession

As I immersed myself in the financial services industry, I became more conscious of the way people lived. I saw unscrupulous actors in the business exploit the uninformed, and I saw many of my parents’ contemporaries retire from full-time work unprepared for the final third of their lives. As someone who has recently retired as well, I am even more conscious of this disconnect in the lives of my peers. The COVID-19 pandemic and major economic crisis of 2008 and 2020 further exposed the rotting beams inside people’s financial houses.

Adults are struggling to put food on the table, pay their rent or buy a house, fund their kids’ education, or even obtain good health care. When they retire, many are wholly or mostly dependent on Social Security and Medicare Advantage, or even Medicaid, to get by. Some had pensions that did not survive the economic distress their employers endured. Many did not fully capitalize on IRAs or 401(k) plans made popular over the last several decades. Now, many of them live a life of grievance against the system, and they impart this attitude among their children, thus beginning a vicious cycle of financial distress.

Some time ago, I decided to do something about it after a conversation with a well-regarded financial planner who shared with me the investment he was making in a behavioral finance course and lab at his former high school. While his alma mater served very affluent families, the community in which I grew up was mostly lower-middle class, rural, and less exposed to the myriad choices to spend and invest that wealthier communities tended to present. But the outcome was oddly similar.

This confluence of observation, personal experience, and learning from great examples inspired me to help my former high school to teach personal economics as an elective.

When we began the financial literacy program for high school seniors at Gladstone High School in the Upper Peninsula of Michigan, one teacher—Susan Langer Beranek—stepped up to teach the class as a personal mission, recognizing many of the same underlying problems in the town where I was raised. It pained her to see so many parents acting out the stress of getting by, and their kids not prepared to move forward with their lives.

Rather than focus solely on investing, though, as many such classes do, she broke down the program into the fundamentals of saving, protecting, investing, and spending.

Upon her retirement, the next teacher, Erika Fix, also rose to the challenge, although she was a social studies and history teacher, not one with a background in personal finance. However, she could relate because the year was 2009, she and her husband owned a construction company, they had two young kids, and were facing the same challenges other families without a strong financial foundation were experiencing. The first year she taught by rote, but with each class preparation, she learned a new lesson. This inspired her to go back to school to learn the material more deliberately, so she could be a better teacher of personal economics and advocate for her kids. She built on the lessons her predecessor developed to create one of the most popular programs in the school. Today, 60 percent of the seniors each year elect to take this class. In addition, the school has begun a summer camp for elementary and middle school kids.

What both of these great public school educators knew is that teaching people how to think about their financial lives will not address the systematic issues they may encounter, such as racism, poverty, ill health, immigration status, or even where they live. However, it does provide a lens through which individuals can begin processing decisions, especially when they begin to earn and spend, build adult relationships, have children, and begin thinking about their own responsibility to influence the behavior of others.

To my knowledge, Gladstone Area Schools is the only K-12 financial literacy program in the entire state of Michigan. This is because of the support they get from the local financial community, the inspiration they get from teachers who see the impact this coursework is having on the lives of their students (and, in many cases, their parents), and because the need is acute to prepare young people at all economic levels to be better prepared for the choices their parents and grandparents struggled to make.

If only we could see other professionals in other communities embrace this mission. There are scores of wonderful personal finance programs that are woefully underfunded and under-supported. In my opinion, financial planners should be making a concerted effort to sponsor these classes. Regrettably, most people who make a living in this business and the organizations to which they belong are unexplainably and noticeably silent on the topic.

This is both your opportunity and your challenge. The question is: should financial literacy education in each of our communities be core to the role financial planners play as leaders, teachers, influencers, and catalysts for change? 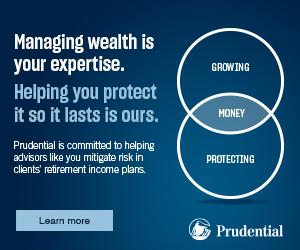 Financial Literacy Education Is About Choices

One Last Act of Love