After spending some time with a hybrid RIA at LPL, Christopher Woods decided to start his own RIA in 2018. He knew he wanted to pursue a career in finance long before that, though.

“When I was growing up, it wasn’t financial planning, it was being a stockbroker; I knew when I was in high school that I wanted to do that. I would read in the newspaper when they would have the closing prices of stocks. I learned how to read the closing prices and the highs and the lows and everything else. I became fascinated with the markets and what impacted markets and what jobs were available working in and around the markets.”

That fascination led him to economics in college and his interest in financial services deepened. The problem was that he knew he wanted to be in a client-facing role, a role that was hard to come by at the time.

Undeterred, he took a job in operations at a brokerage firm and earned his Series 7 a few years later.

“I was an adviser for a little while and a few things were clear to me. I was with American Express Financial Advisors, and I was in their training program. It was one of those programs where they tell you, ‘Make your list of 50 or maybe 100 people who you can start calling as soon as you start.’ I tried to make a list of friends and family, and my list just didn’t have a lot of people who had money. It was actually kind of discouraging at first because I entered a training program and I see other people in our group who were bringing in six-figure accounts on a weekly basis. I just thought, ‘Where are you getting these people?’ only to find out later on that a lot of their parents were just feeding clients to them.”

Without an existing network of wealthy prospects, Woods took an opportunity to play professional basketball, something he had done previously.

“I was injured before the season even started so that ended that return. Rather than going back to being a financial planner, I started wholesaling for a long time. I knew my heart was still on the retail side of the business, so I wanted to come back to being an adviser.”

After 16 years as a wholesaler, the time was right to make a change. He earned his CFP® certification in 2016, but used his time working in other parts of the industry as a guide for what to do next.

“Once I became a wholesaler and got a chance to sit down with a number of different types of advisers—we called on independent broker-dealers, wirehouse firms, some independent RIAs—I had that unique opportunity to sit down, ask questions, see how they ran their business, how they did things. That was helpful for me to understand that if I wanted to be an adviser again, where would I fit in? I wanted to do something that had more of a consultative approach.”

Taking the time to reflect on their objectives and emotional needs is an important step for young planners trying to find their way into the industry.

“I think it’s important to figure out, knowing your personality, where you best fit into that process; where can you best serve? Plenty of firms are looking for people who can be on the investment management side, or for those who want to focus more on client-facing work. The other thing for me is because I’m a business owner, I can waive the asset minimum so I can work with people I want to work with; it doesn’t have to just be people coming to me with half a million or a million dollars in assets. Financial planning is something that anyone could benefit from, and for a long time, it was more challenging for those without assets to get advice. We’re seeing more models developing that will allow a broader base of people to get the advice that they need.”

Woods encourages new planners to find what they’re most interested in and build up their expertise in that area. By building that expertise and not trying to be all things to some people, they can extend their reach.

“One of the toughest things when you’re a young planner is trying to get people, potentially even twice your age, to trust you with their money. However, if you’re younger, but you become a subject matter expert in some area, that becomes something that you can leverage, especially now in a world of social media. It does take some time to figure out, but it’s probably going to be for the best when it’s an area of passion. The future in this industry is going to be those who begin to create more niches, begin to specialize. We’re no longer an adviser who’s marketing to that 10-, 20-, 30-mile radius around their house. Now we have the ability through all kinds of media to market nationally. You’re going to do better for yourself if you’re able to create the knowledge base to serve a more targeted audience with specified skills that can be hard to replicate by somebody else.”

No matter what path they take or what part of the industry they work in, Woods believes that people need to approach planning with a mind to serve.

“To be effective, you do need to have a heart for helping people. It can be such a stressful topic for so many, and I think as an adviser, we can really be a stress reliever and help clients see a future that maybe they couldn’t have seen for themselves.” 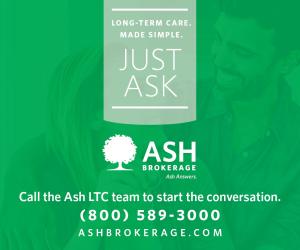 Increasing Diversity Not Just Among Clients but Within the Industry, Too

If You Went Back in Time to When You First Started Being a Financial Planner, What Advice Would You Give to Yourself?

By
Danielle Andrus
Advance your career with an FPA Membership. Become a member today