Calling All Hands on Deck, No Matter What Your Role

You’re a Financial Planner...Now What?
By
Hannah Moore, CFP®

Rising Up as a Young Leader in the Profession

Leading a multi-billion-dollar firm at the age of 28, Matt Granski, CFA®, is a rarity. He started working at Miracle Mile as an analyst with no plans of becoming president, but because he focused on solving problems for the people around him, he became known as a go-to resource and caught the attention of the partners. He was particularly good at listening, understanding needs and different perspectives, and finding new solutions to bridge old gaps.

How did he get this far so fast? Matt says he lives by the belief that you meet the universe halfway. “If you put your head down, do the work, and solve the problems at hand,” he said, “eventually, the universe will meet you halfway, and things will fall into place as they should.” That belief helped him gather enough energy to keep going above and beyond for years, helping the company grow from a 6-person office managing $300 million in assets to a team of 35 handling over $2.2 billion.

Matt describes his ascent at Miracle Mile as a steady progression of taking responsibility and being given more opportunities. As an analyst, he was working on the day-to-day problems that the firm’s clients had. That evolved into trying to solve problems for the partners at the firm. Matt said he listened carefully to the issues that were holding his team back, and started spearheading new systems and mentoring other employees. Over time, the firm’s partners began to come to him with new problems to solve. They gave him the lead on bigger and more complex projects and, eventually, offered him the title of president.

Matt’s focus on service was key to helping him find his confidence as a leader. He said, “I think I’ve garnered a lot of respect amongst my peers. They don’t look at me as a boss, but more someone who’s eager to help them and jump in to solve a problem with them.”

The fact that he wasn’t overconfident was a strength. He shared that he’s introverted by nature, so it took Matt many years to come out of his shell. By being an innately good listener, he could sit in a room and gather all the facts—without just shouting his opinion. “In terms of leadership,” Matt said, “I think that’s important. You’re not telling people what to do, you’re more listening to them, and then helping them build the way forward.”

His story also highlights how important it is to be willing to do what it takes to help, even when some of the work isn’t exciting. He describes his early years as “doing everything from financial plans and putting together recommended portfolios for clients to helping around the office, ordering office supplies, and answering the phones.” He says that while Miracle Mile was growing, it was “all hands on deck.” Over time, leaders have been able to create dedicated departments and different organizational structures to manage all the work, but his willingness to get in there and fill multiple roles was critical for his growth, as well as the growth of the firm.

Although smart, ambitious people seem to find a way to succeed no matter where they are, Matt believes that the way a firm is set up can make a huge difference in helping young advisers become capable and established more quickly. Matt shared that the two partners who started the firm helped define a culture that was set up for younger professionals to have a chance to succeed. “The things they did were very intentional,” he explained, “such as creating a flat organizational structure.”

Matt also appreciates the thinking behind other, smaller issues, like job titles. At Miracle Mile, the younger financial planners and advisers aren’t introduced as associates or assistants. They’re presented as team members, and get partnered with more experienced advisers so they can get introduced to bigger accounts and more complex work right from the beginning. This gives new advisers and planners lots of opportunities to practice and network so they can feel confident and connected when it’s time for them to take the lead. It also gives the senior partners ample support to provide excellent service to their accounts, making customers happy so the business constantly grows.

Working his way up through this firm structure, Matt found it game changing. “Especially for the millennial generation, we want to be heard and to be taken seriously. And, you know, in the financial planning and financial advisory world, it can be sometimes a little stale at the top,” he said. To younger professionals, he recommends looking for a firm that has a little bit of an edge, a group that is doing things differently, and is well-positioned to adapt to the way business will be done in the next 20 years.

Changes to Come in the Profession

As he looks into the future, Matt wants to keep his firm relevant to current clients and attractive to new planners. Matt said, “We’re seeing a massive shift in who is controlling wealth, in this country and in the world. It’s going from older white males to more diverse, younger generations. And a lot of that wealth is transferring to females. I think in the future, you’re going see a lot more female advisers in the profession.” His firm is working to be at the forefront of that, recruiting and mentoring female planners.

Another area where he’s predicting changes in the way firms work is in equity participation. Miracle Mile is employee-owned, and has multiple paths to ownership that reward contributions in both account acquisition and back-office support.

“I think that it’s going to be really important over the coming years that growing firms will need to include a lot of their staff members in their equity incentives. What we found is that we work as a team, so everyone is putting in that extra effort. When only the top individuals are rewarded, it doesn’t really create long-term incentives and long-term alignment,” he said.

No Matter Your Role, Support the Business

Matt’s final advice to young planners is to embrace the “all hands on deck” mentality and be ready to help where you can. He said, “Don’t just do your job responsibility. Ask your team members, ‘How can I help?’” It shows that they’re more than a cost center as a new hire. They are there to support and grow the business for everyone’s benefit.

That team mentality means a lot for Matt, and it’s been a driving factor in his success. He said, “I know that as president, my crazy stint over the last few years has caught a lot of eyes. But there are a lot of really remarkable people here at Miracle Mile who have changed a lot of lives for clients. I want to make sure that doesn’t go unnoticed.” 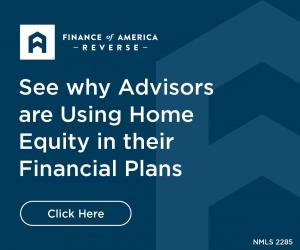 The Four Behavioral Horsemen of Finance